Meeting the most intimidating batsman, a charismatic personality and the outstanding voice of ‘Johnnie Walker’ was unforgettable. Sir Vivian Richards – a personality who is always admired by cricket fans and many others. My father was his ardent admirer, but I was neither his fan nor did I follow cricket. Interviewing him in December 2018 at a press meet in Hyderabad, was the turning point. I did become his fan, for his voice mesmerised me. It is an astonishing combination of effervescence, calmness, pride and humility, that complimented his gait and agility. His demeanour and voice created a magnetic aura. His personality seeps into his voice, smiling eyes, and his voice projects his demeanour – an epitome of perfect tandem. How could anyone remain unaffected by such an awe-inspiring personality?

Talk about voice, and who comes to your mind – someone intimate or a famous celebrity? Which quality of their voice grabs your attention?

I remember attending  an informal Bharatnatyam Dance Recital, where one of the dancers picked up the microphone on her turn, to explain the verse on which her performance was based. The moment her live voice emanated from the speakers in that auditorium, I was captivated. I noticed she was not only gifted with a great voice quality, but also knew the art of voicing.

Recently, I saw and heard Indian Diplomat Dr. Deepak Vohra’s speech in IMA Indore on YouTube. He is such a marvellous presenter, that I was glued to the screen, keenly observing his mannerisms, body language and the energy oozing from his voice. That energy filled the space where he was delivering the speech. I sensed the energy, though it was not a live speech.

Identify how a voice impacts you

Analyse which qualities of a voice have a positive effect on your psyche. A voice has the power to inspire us, fill us with energy. On the other hand it can drive us nuts, make us feel disgusted. How is it possible? Have you ever wondered, if finer aspects of a voice are important, to someone’s personality?

There are times, we don’t want to answer a particular phone call. Knowing the caller, we begin to visualise the person’s demeanour. We know the voice would put us off and that negativity would linger for some time. But answer we must, there are numerous professional obligations at times with an intent to get off that call as quickly as possible. Years ago, a friend used to call me every morning. The moment she voiced her regular greeting, I knew what would follow – a barrage of complaints and questions. I detested this and thankfully, I managed to put an end to it.. I am sure this must remind you of some such irksome people in your life too. Didn’t you get rid of them?

Surviving excruciatingly boring teachers at school/ college, and then listening to bad speakers at events or the workplace, have always made me want to vanish. Have you been in similar situations? Sadly, there is no respite. Scrutinise these experiences, identify what got you annoyed and restless.

I would rather die than sit through that lecture!

What a boring class!

He sounds so dead!

Her voice is flat and monotonous!

All the above exclamations point to the significance of voice. Have you ever checked how you sound? We often don’t realise how important our voice is. We are blissfully unaware of the impact of our voice. Further, we seldom introspect how our disposition and voice are interconnected.

Similar to reading in between the lines, we are quite capable of distinguishing sarcasm, humour and sarcastic humour. Understanding if a loved one is happy or low is not a challenge. Whether an apology is sincere or not, can be gauged. Someone’s anger can be noticed. An investigator too, looks for cues in the suspect’s voice. A mother’s faked anger is easily judged. A friend fooling to spring a surprise, can be felt. Subconsciously, the unspoken often gets revealed through vocal nuances, without being verbal. The tone in the voice says, it all appeals to our intuition.

The qualities of the human voice are intriguing. Having left the corporate world as a soft skills trainer, followed by a sabbatical of eight years, I was now being driven by my creative pursuits. My strong desire to stay away from rat-race or the dog-eat-dog world and my passion towards playing my role as a mother had taken priority over my aspirations.

I trained in voicing and I have been in the world of voices for over a decade now. Being a trainer and an NLP Master Practitioner, I have been able to delve deeper into the understanding of how voice is integral to one’s personality.

Ever wondered how the messengers in the medieval period went about announcing the King’s message? How their voice reached out to the people without any amplifying devices? How did they manage to project their voice so well? Today, you can see mobile tea-coffee vendors on railway platforms calling out to people to buy. Even before a train could halts at a station,  you can hear them loud and clear. Their voice is integral to their business. Their skill has its own charm and uniqueness. Have you ever wondered how were they adept at not straining their vocal cords despite repeatedly using their voice throughout the day, every day?

This is the art of voicing and voice artists are skilled to perform with the most beautiful and natural instrument – the human voice. Anyone can develop this craft, if they desire to.

When I forayed into the voice-over industry, little did I know how enchanting my experience would be. I wasn’t aware that voicing as a skill, existed since times immemorial. Earlier, I would barely touch upon the subject of voice during my corporate training sessions on communication skills. It would end quickly and seemed to be a shallow effort. Now, it takes my entire existence to coach my mentees on voicing from a holistic perspective. 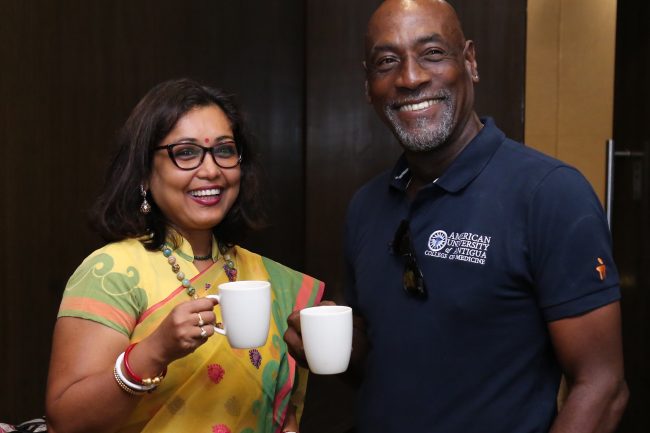 We emphasise upon diction, pronunciation, fluency and voice quality. They are indubitably non-negotiable elements if one wishes to take their voice to performance levels as a Voice Artist. Nevertheless, they are worthless, if one doesn’t know how to project themselves through their voice. How does one control the volume, learn the apt pace, pause at the right place, stress on the right words, inflect appropriately? A good voice is a combination of both the technical and aesthetic aspects.

In today’s competitive world, where communication skills are critical to success, take some time to ponder about how you sound. Did you ever feel the need to enhance your voicing abilities irrespective of whether you are an aspiring voice artist, a public speaker, a presenter or a corporate professional? It’s an interesting journey, discovering the pitch that brings out your best personality, and helps you project it the way you want to be perceived.

Agreed, not everyone possess a great voice and that not everyone is an outstanding orator. It is certainly possible to cultivate your voice and take it to performance levels. Get experimental, quirky, adventurous – just a dash of sincere creativity and you are ready do wonders with your voice. It calls for hard work, but it’s a promise that this creative pursuit, will be a rewarding one.

It’s only about taking a step forward towards the decision to overcome the inhibition. Break the monotony, the myth!

What are your thoughts about the correlation between voice and personality? How they compliment each other? I would love to hear from you and take it forward in my next post.